This family of 13 mice characters was created for a Hudson’s Bay marketing campaign.

Each character was designed to portray specific character traits supplied by the client. We used old-school animation drawing to create their features. Each figure was hand sculpted and then cast in urethane rubber before being custom painted and detailed with teeth and eye-lashes. They are fully posable and ready to wear designer clothes. 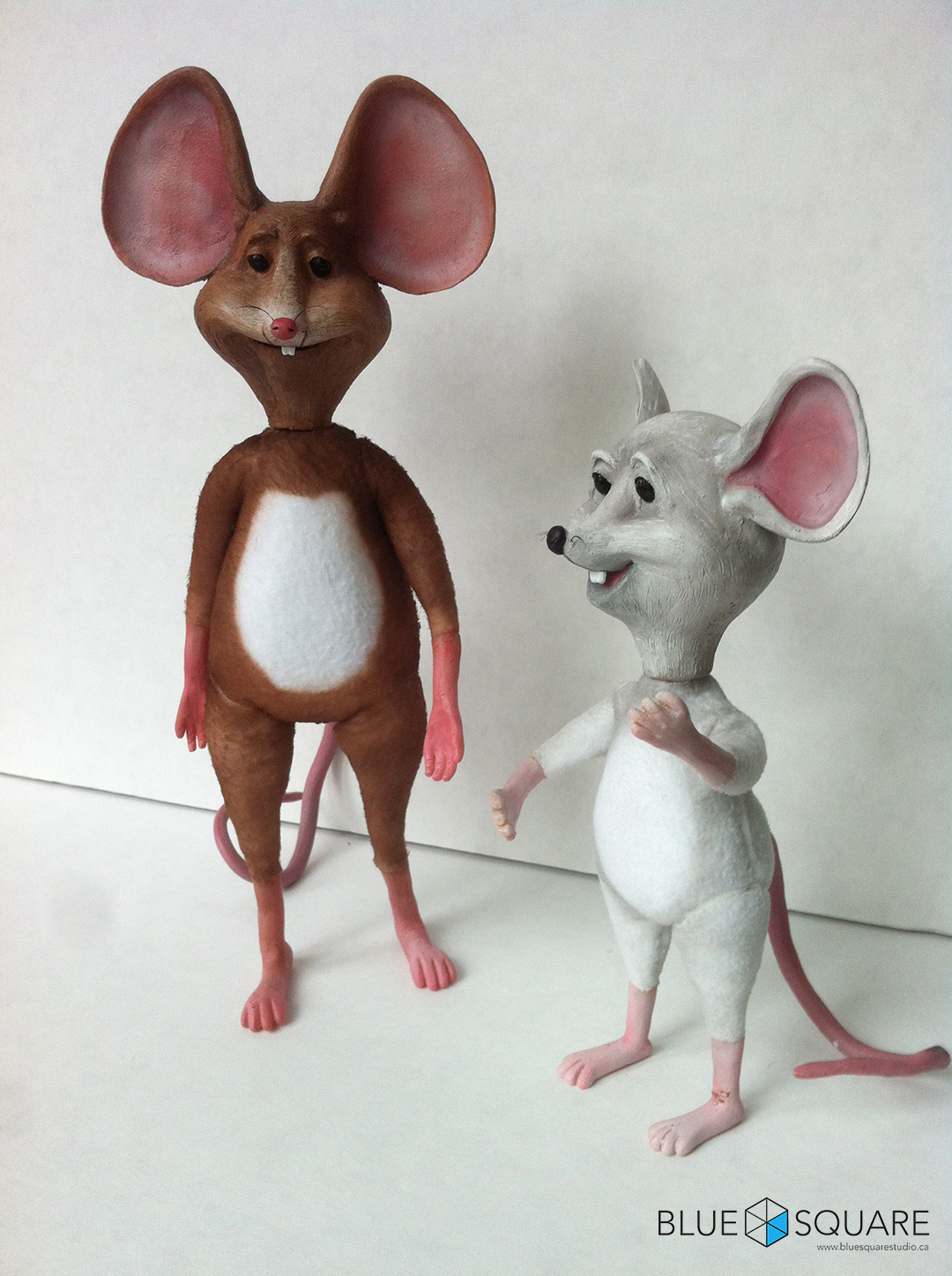 A series of hand made props created for Hudson’s Bay Christmas windows.

Featured in HB’s flagship Toronto and Montreal stores, the windows featured a pair of shimmering 10′ tall birds legs, a giant nest, over 30 gilded eggs, faux pearls, a chandelier made of 5000 beads, and a mosaic made of eye shadow make-up squares (over 2500 of them!) 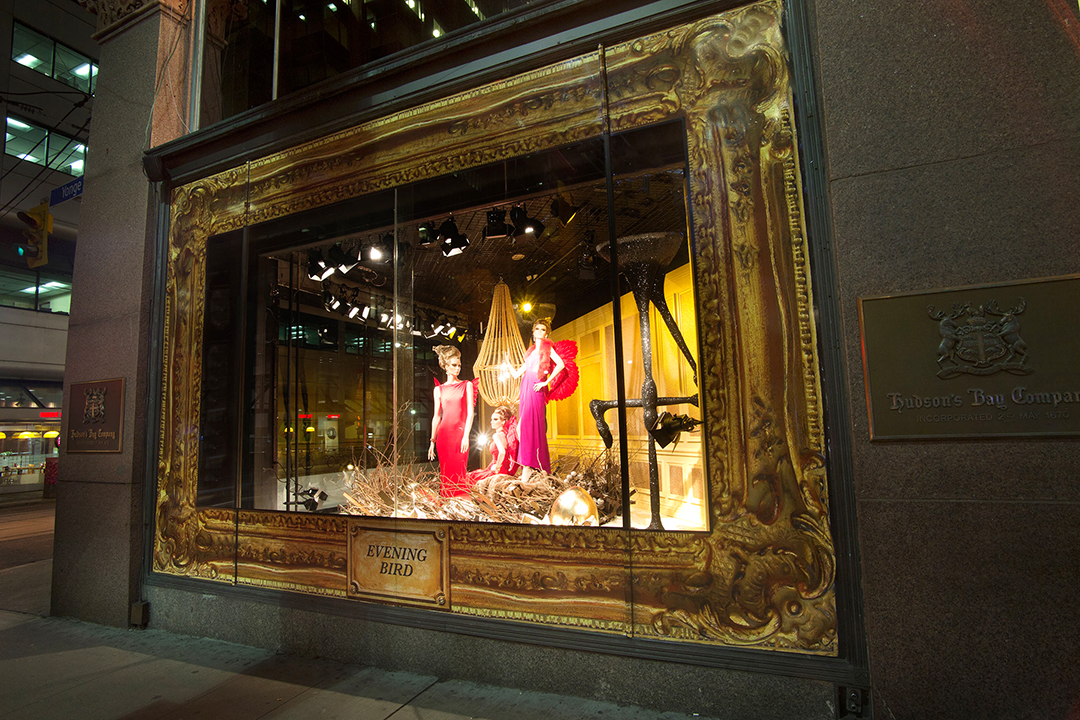 These shelving units were designed and made for Hudson’s Bay “Christmas Street”.

Made to look like a sort of “General Store” complete with windows and mullions to ogle the merchandise through, our modular design packs flat and assembles quickly. The wrap around shelving shows off the goods and allows customers to flow easily through the space. 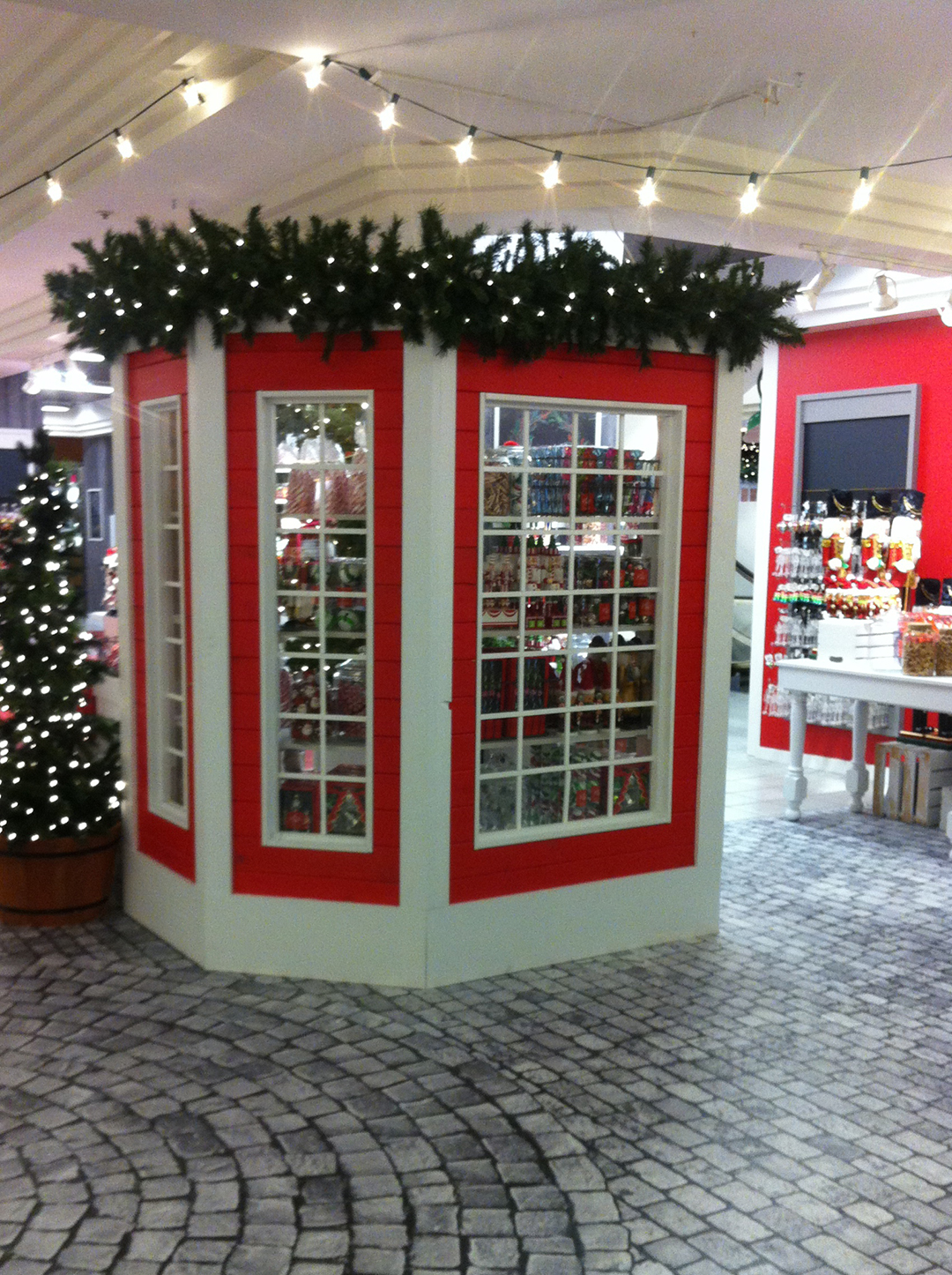 These images are some works in progress, or just some stuff we’ve made that we think are pretty neat. Check back for updates. 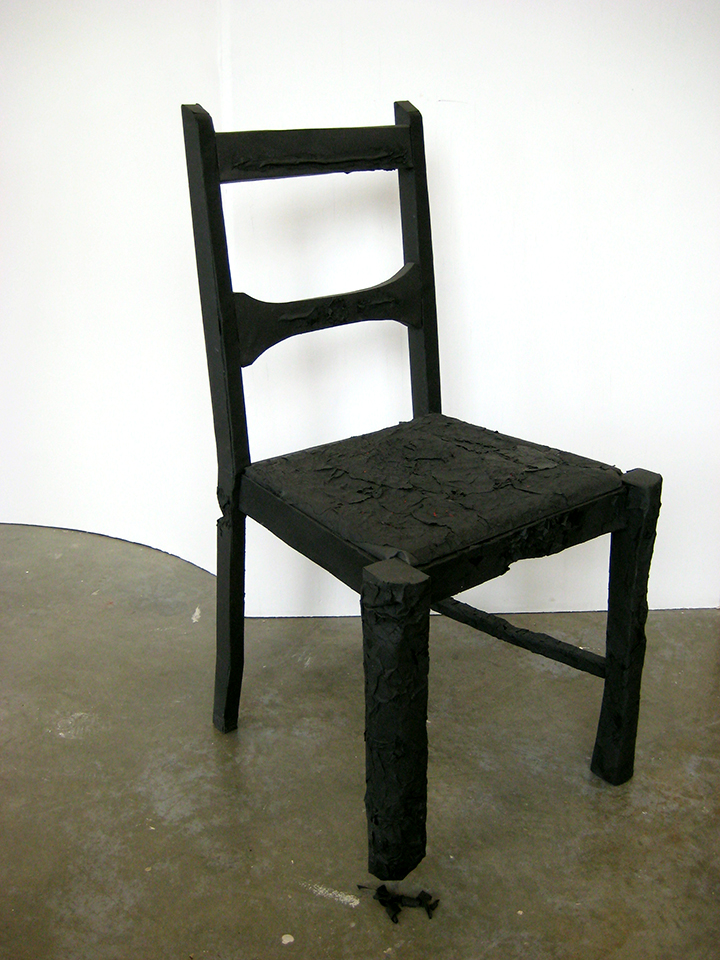 A series of artworks produced for Alex Morrison for installation at Catriona Jeffries Gallery.

Components of the artworks included hand forging shapes in steel, and individually hand sculpting each leaf of a jade tree.

This wine tasting bar was designed and produced for Henry Tsang for installation at the Kelowna Art Gallery, Kelowna, BC.

The design was developed to compliment a series of photographic and video works also on display in the show. 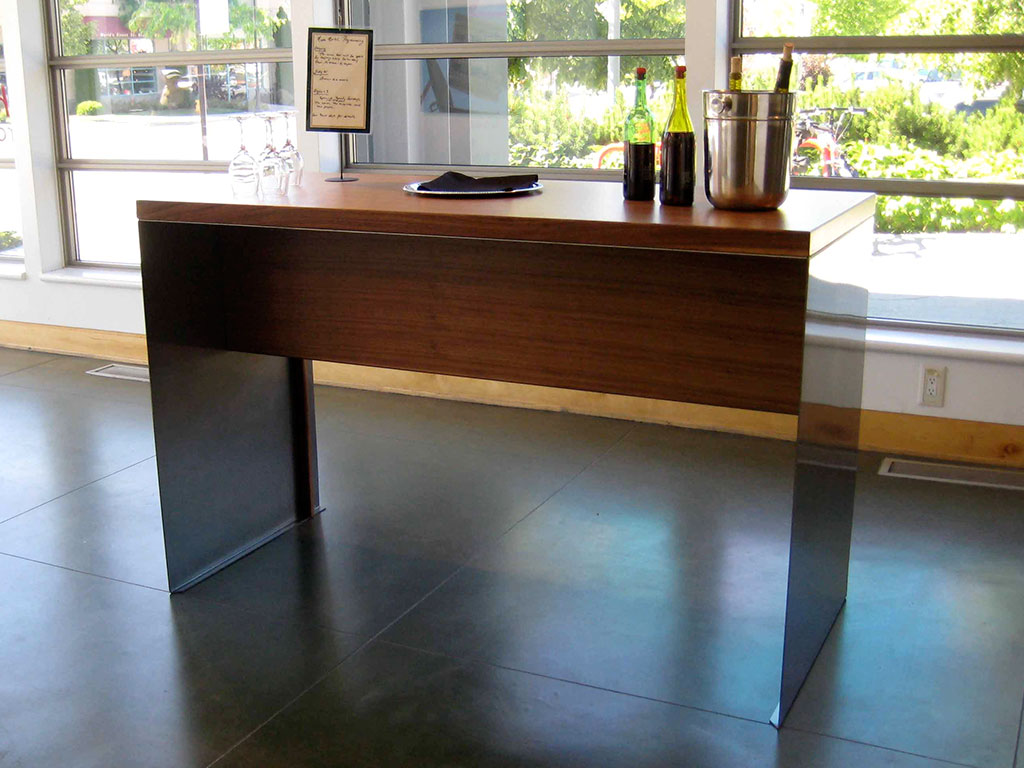 Display tables and artwork produced for Geoffrey Farmer for installation at Istanbul Biennial, 2011.

This work included design and production of a series of display tables, various plinths, and hand cutting hundreds of images from an archive of historical Turkish images. 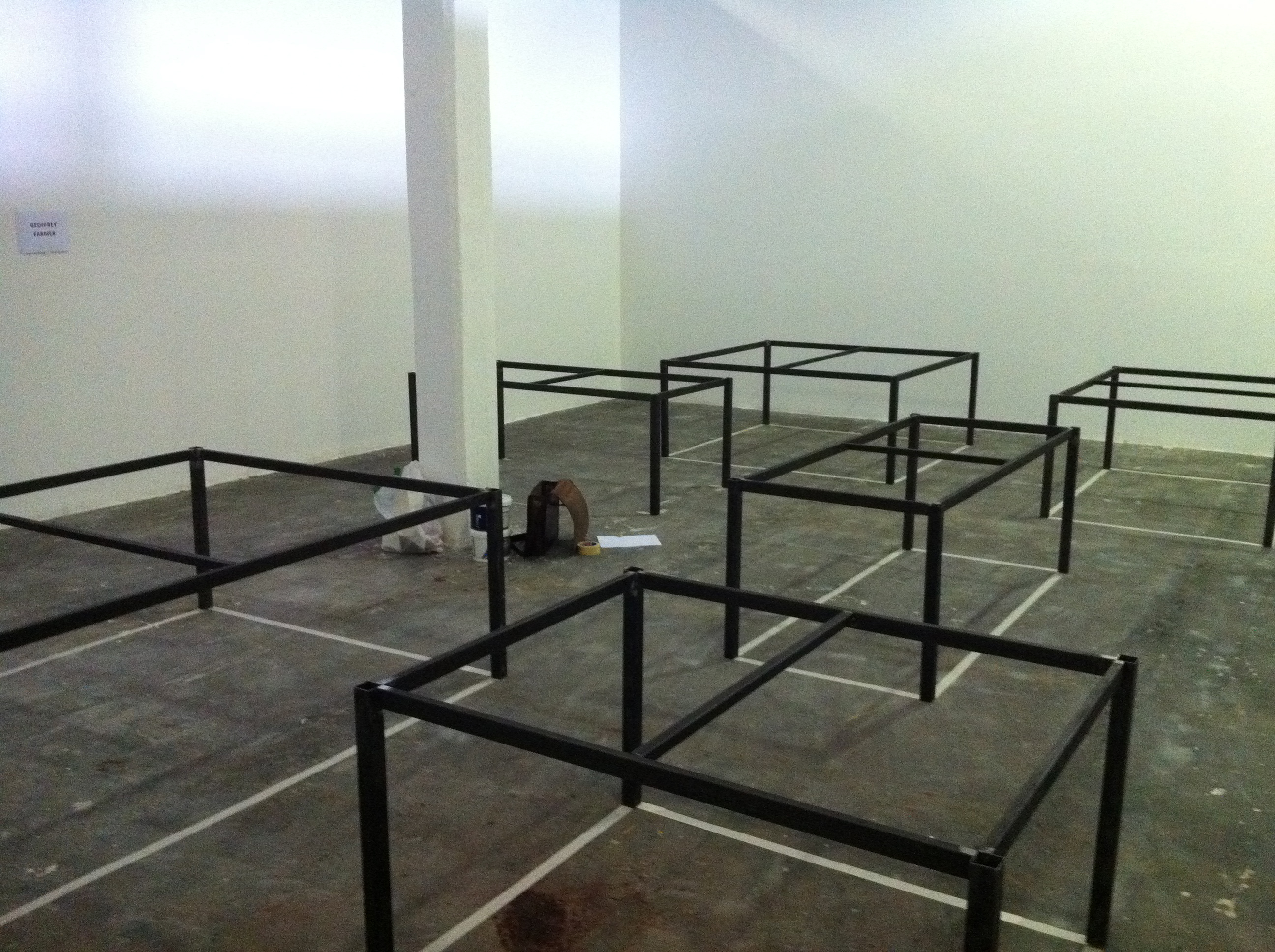 This large-scale artwork was produced for Geoffrey Farmer for installation at dOCUMENTA 13 in Kassel, Germany, 2012.

It included a 40m long flat-pack display table and over 15,000 “shadow puppets” made by hand cutting images from an archive of LIFE magazine and affixing them to ornamental grass stalks. 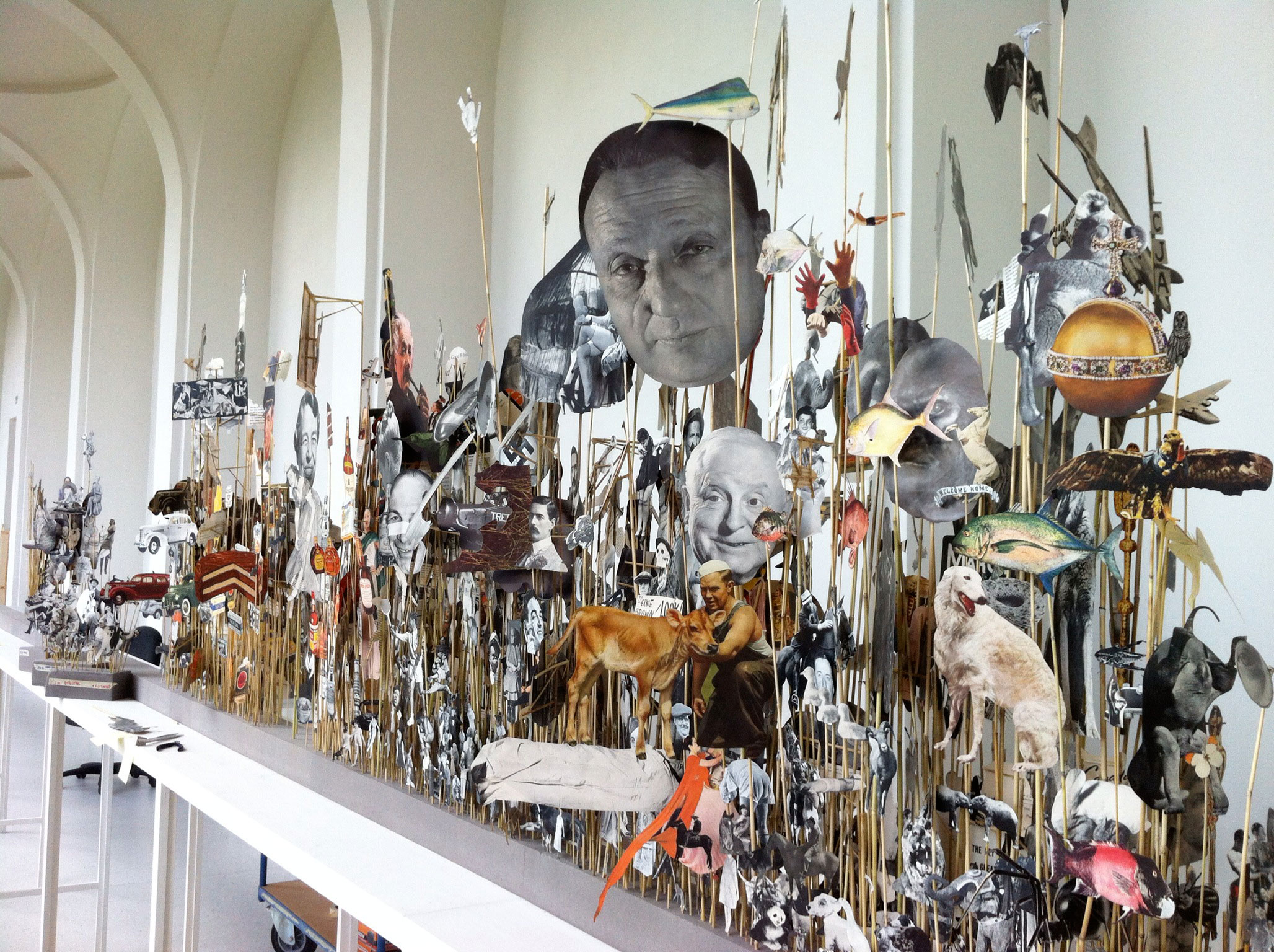 This desk was designed and built for artists Gareth Long and Derek Sullivan as part of a series of desks used in an art performance. Installed in READ Bookstore, Vancouver, BC.
The desk design was re-imagined from the last novel of Gustave Flaubert, Bouvard and Pecuchet and is intentionally over designed and under built, as though it were build by a carpenter who learned their trade only through books. 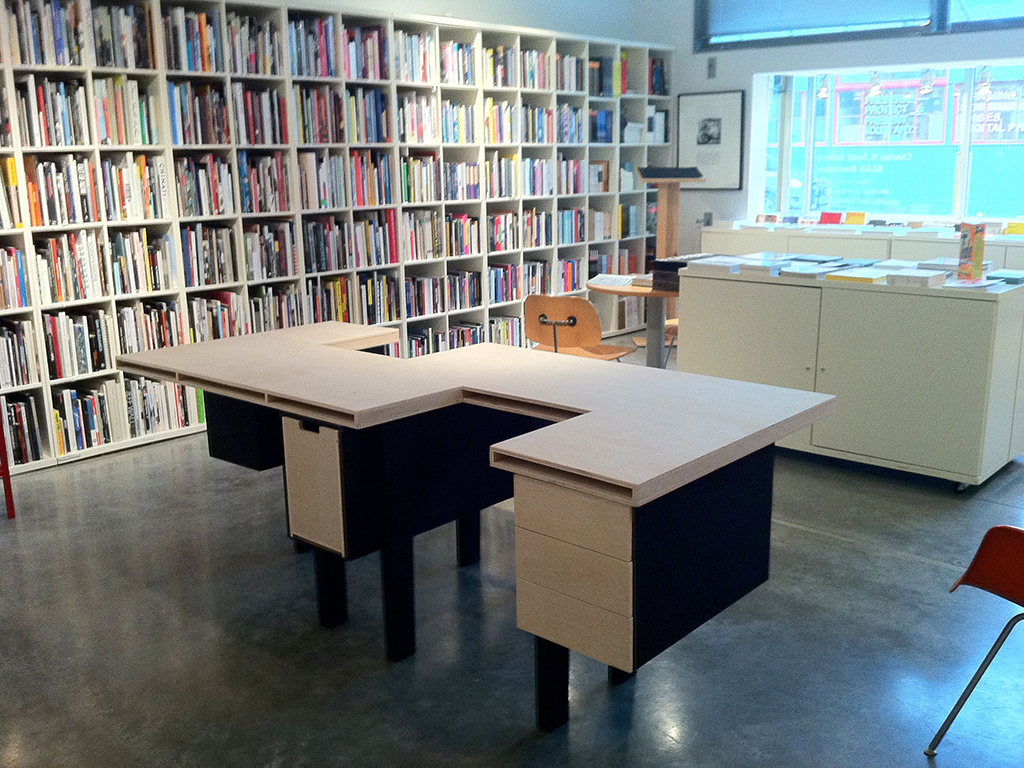